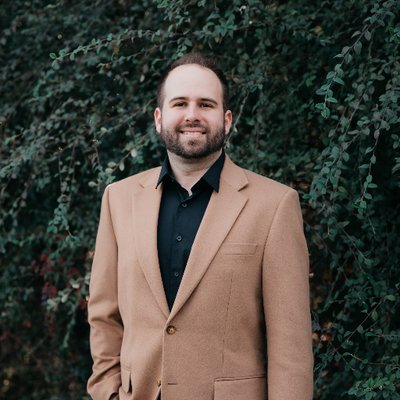 The co-president of Dallas Justice Now (DJN) has demanded an apology from D Magazine’s editor, Tim Rogers, and a local “freelancer” for allegedly assaulting his and black people’s reputation.

“Like other racist white vigilantes, Steven Monacelli continues to deny my very existence and personhood despite the fact that he can see on social media that I am actively engaged in the community, meeting on a daily basis with artists, activists, church leaders, and others,” said DJN Co-President Ndure Cain.

In a July 28 essay that went viral, Steven Monacelli, a “freelancer” who has written for the Dallas Observer and D Magazine, accused DJN of being a “fake” social justice group. He questioned the DJN’s leadership’s very existence when they refused to speak with Monacelli. (Disclosure: The non-profit entity that owns Dallas Express, Dallas Express Media, Inc., has sued Monacelli for defamation in an unrelated incident.)

As previously reported by the Dallas Express, Maya Pembledon said in court that D Magazine used their complaint to intimidate her into silence, a violation of the Texas Citizens Participation Act. Judge James “Jim” Johnson of the United States District Court agreed with Pembledon and sanctioned Allison Publications and Tim Rogers.

Regarding allegations that DJN is “fake,” Cain responded that Monacelli’s interrogation of DJN is reminiscent of the Jim Crow era of American history, during which black people were required to demonstrate their worth by scoring 100 percent on nearly impossible tests in order to exercise their right to vote.

“Like the assassins of Ahmaud Arbery, Monacelli believes he has the right to approach black people and demand that we ‘explain ourselves’ and our existence to him,” Cain stated in an interview. “Monacelli owes an apology to me, my brothers and sisters, for his relentless assaults on our character.”

Cain singled out Monacelli and Rogers in a DJN letter this week.

“Lily-white ‘journalists’ such as D Magazine’s Tim Rogers and Steven Monacelli have demanded that DJN respond to interrogatory inquiries regarding our supporters and volunteers. Do they inquire similarly about white groups?” Cain typed. “Certainly not. Due to the fact that we are black and talk to white people, our goals are thought to be sinister. Tim Rogers and Steven Monacelli, like the killers of Ahmaud Arbery, believe they are allowed to approach black people and demand we explain our presence. As I stated last week, we owe white folks NOTHING. Their multimillion-dollar mansions are built on property taken from my forefathers. They were constructed via the oppression of my black ancestors through forced slave labour.”

Rogers declined to comment, and when Monacelli was asked why DJN is pursuing him, he responded via email, “I’m not sure why Dallas Justice Now has done anything when they’ve repeatedly refused to engage with me and other media.” DJN, on the other hand, is in contact with The Dallas Express.

Cain claimed he has been walking through Park Cities, a mostly white suburb of Dallas, in recent months, pleading with citizens to fulfil the college commitment letter that was supposedly maligned in a Dallas Observer piece authored by Monacelli.

“I am frequently confronted with insults, harassment, and threats to call the cops from self-described’liberals’ who profess to support Black Lives Matter but have done nothing to help us,” Cain said in his November 29 letter. “Friends, view the footage of Ahmaud’s murder to understand the anxiety that every black person feels when travelling through a predominantly white area. Ahmaud was a famous athlete out for a jog when he found himself having to ‘explain himself’ to three white vigilantes. His failure to ‘explain himself’ satisfactorily to these vigilantes led to his cold-blooded death. Where do white people get off telling us that our sheer existence in their areas requires a ‘explanation’?”

Tim Rogers, editor of D Magazine, is embroiled in controversy following Ms. Pembledon’s and now Mr. Cain’s charges of racism against him.

How harmful is a cholesterol-rich diet?

The Endless Class Of The TV Production, Dubai 

What Are the Benefits of Money Surveys for...

Why Is Metatrader 4 Essential for Traders?

How to get your business loan sanctioned with...

What are the Advantages of Using My Envoy...

What to Do When You’re Feeling Overwhelmed