Home Business How Operating leverage Helps In Your Business.
Business

How Operating leverage Helps In Your Business. 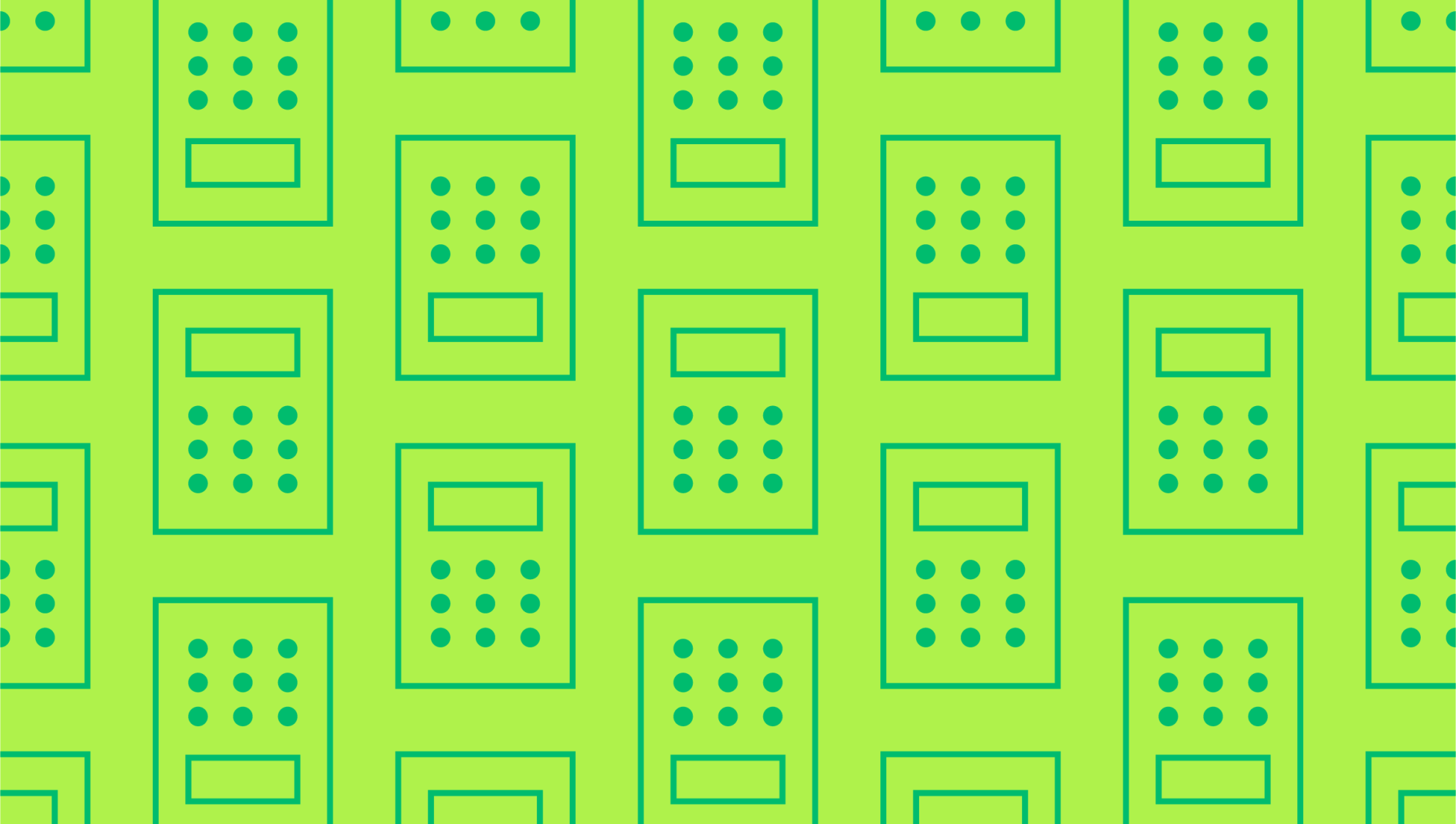 Return on equity, free cash flow, and price-to-earnings ratios are a few of the typical techniques used by investors to assess a company’s health and risk level. However, one metric that receives little attention is operating leverage, which reflects the connection between a company’s fixed and variable expenses.

In favorable times, operating leverage may boost profit growth significantly. It has the potential to destroy earnings in difficult times. Even a rudimentary estimate of a company’s operating leverage might reveal a lot about its future. This article will provide you with a step-by-step guide to understanding operational leverage.

What Is Operating Leverage?

Fixed costs are expenses that are incurred and must be paid regardless of a company’s sales success or production volume. As a consequence, fixed expenditures are rather steady. Rent for office space, for example, is a fixed cost since the amount owed each month is based on a contractual agreement – and so the rental cost is constant and irrespective of sales volume.

Variable expenses, on the other hand, are directly related to a company’s sales, which means that such costs change dependent on sales success in the current time. The delivery/shipping price connected with the sale of items is an example of a variable cost. The greater the number of items produced and purchased by customers, the greater the company’s delivery/shipping expenses. That’s what is operating leverage.

Read more: How To Get Into Real Estate- Best Startup Business

Meaning Of The Operating Leverage Concept

Operating leverage is an important measure to monitor since the connection between fixed and variable expenses may have a major impact on a company’s scalability and profitability. When the firm earns revenue, one of the most significant elements that determine how much of that extra revenue really trickles down to operating income is operating leverage.

The higher the fixed expenses, the more sales a firm needs to generate to reach its break-even point, which is the point at which its revenue equals the sum of its entire costs. Companies with more operating leverage are more likely to produce inadequate earnings since the break-even point is located higher.

If a firm has strong operating leverage, each extra dollar of sales can potentially be brought in at higher profits once the break-even point is reached. As a result, because fixed expenses like rent and utilities stay constant regardless of output, each marginal unit is sold at a lower cost, generating the possibility for higher profitability.

If a firm has poor operating leverage, each extra dollar of revenue may result in a less profit leverage effect since expenses rise in proportion to revenue growth. In this case, when more money is generated, the increase in variable expenses balances the increased income and restricts the company’s ability to withstand times of poor sales performance.

Some industries with high and low operational leverage are shown in the table below.

A common feature of high operational leverage businesses is that a substantial initial payment/investment is required to get the firm started. For example, a pharmaceutical medication company must invest substantial cash to even create medicine and have a chance of getting FDA clearance, which is a highly expensive and time-consuming procedure. As a result, less established pharmaceutical firms are sometimes compelled to raise medicine prices merely to break even and pay these costs, which is often received with harsh criticism from the general public.

Low operational clout Businesses all have one thing in common: spending is linked to demand, therefore there are more potential cost-cutting opportunities. We have to find a physical store to sell the inventory its store, a clothing retailer, for example, must spend a significant amount of capital to get started and begin operating, but the required investment is minor in comparison to an airline’s spending needs. Another significant contrast is that the great majority of a clothes retailer’s future costs are unconnected to the fundamental expenditures on which the firm was built.

The formula for Operating Leverage

The “change” (i.e., the delta symbol) refers to the year-over-year change (YoY) for both the numerator and denominator and may be determined by dividing the current year balance by the prior year balance and then subtracting by 1. As an example, if operating income increased from $10,000 to $15,000 (a 50% increase) and revenue increased from $20,000 to $25,000 (a 25% increase), the operational leverage would be 2.0x. Operating leverage of 2.0x indicates that if sales increases by 5.0 percent, operating income will grow by 10.0 percent. Alternatively, a 10% drop in sales would result in a 20% decrease in operating income.

The following are the formulae for the two required inputs:

The contribution margin is the proportion of revenue that remains after deducting just variable expenses, whereas the operating margin is the percentage of revenue that remains after deducting both variable and fixed costs. Companies, on the other hand, seldom provide an in-depth analysis of their variable and fixed costs, making use of this method less viable unless secret internal business data is available.

Operating leverage factor A telecom business that has finished building out its network infrastructure is an example of a corporation with significant operational leverage. To provide connection capabilities and build up its network, the telecom business needs to invest significant upfront capital expenditures (Capex) at the outset.

However, after the first period of significant cash outflows as the network is built out, each new customer acquisition comes at a low additional cost — the cost of adding one client to the current network is minimal in comparison to the original costs. Because the basic infrastructure has already been established, the great majority of future costs will be maintenance-related.

Earning outsized profits on each additional sale becomes feasible in this best-case scenario of a business with significant operating leverage. However, such a result is never assured. In a different situation, if this telecom company’s sales were disappointing, its cost structure, which is largely made up of fixed expenditures, maybe detrimental since the company’s flexibility to decrease costs in order to maintain margins is limited.

However, after the first period of significant cash outflows as the network is built out, each new customer acquisition comes at a low additional cost — the cost of adding one client to the current network is minimal in comparison to the original costs. Because the basic infrastructure has already been established, the great majority of future costs will be maintenance-related.

Earning outsized profits on each additional sale becomes feasible in this best-case scenario of a business with significant operating leverage exists when sales grow, the benefit to operating margin is higher; but, if revenue decreases, the company’s margins may suffer considerable downward pressure.

Low operating leverage is an example.

For comparison, consider a consulting firm with low operating leverage. If sales exceeded expectations, the margin expansion would be limited because variable expenses would have grown as well. However, if the consulting business underperforms and sees low demand as a result of its poor operational leverage, management may quickly decrease costs since employee remuneration at a consulting firm is related to the number of client engagements.

And, if the volume of consulting projects is significantly decreased, fewer hours are billed to customers (less revenue), and consultants’ remuneration is lowered because a significant portion of their overall compensation – excluding base salary – is based on the number of hours performed.

We can now observe the consequence of poor operational leverage in this case. Regardless of whether sales rise or fall, the company’s margins tend to remain within the same range.

In the last section, we will look at an example projection of a firm with a high fixed cost structure and compute operational leverage using the first method from previously. Based on our hardcoded assumptions in Year 1, the fixed-to-variable cost ratio is 5.0x ($100mm: $20mm). In our model, we have incorporated two distinct scenarios to analyze the impact of the company’s high fixed cost structure on its margins:

If, on the other hand, the case toggle is turned to the “Downside” pick, revenue falls by 10% each year, demonstrating how significant the fixed cost structure can be on a company’s profits. From Year 1 to Year 5, our example company’s operating margin decreased from 40.0 percent to 13.8 percent, owing to annual fixed costs of $100 million. Variable expenses fell from $20mm to $13mm, in accordance with revenue loss, although the impact on operating margin is minor in comparison to the greatest fixed cost outflow (the $100mm).

To summarise, excessive operating leverage is neither beneficial nor harmful for businesses. The risk tolerance of the investor/operator is the deciding element in whether a firm should adopt a high or low operating leverage structure. Operating leverage, like the risk associated with financial leverage (i.e., debt financing), may result in larger earnings in good times but also entails a higher risk of possible losses if the company’s operating performance falls short.

Read more: How to Create a Pro Forma Income Statement?

The degree of operating leverage may show you how operating leverage accounting affects the firm’s profitability before interest and taxes (EBIT). The DOL is also useful if you want to evaluate the impact of fixed and variable expenses on your company’s basic operations.

As a result of producing fewer sales with higher margins, the firm has a high DOL. As a result, fixed assets such as property, plant, and equipment gain value without incurring additional expenditures. At the end of the day, the firm’s profit margin can grow as earnings grow faster than sales revenues.

A low DOL, on the other hand, indicates that the firm has a low share of fixed operating expenses relative to variable operating costs. This implies it employs fewer fixed assets to serve its core business while maintaining a lower gross margin.

The Most Informative Things To Know About Operating Leverage

What is operating leverage? When analyzing a firm, we must consider its Operating Leverage. DOL assists us in determining how sensitive its operating income is to variations in Sales. When sales grow, higher DOL will result in a greater shift in operating income. However, in the event of a drop in sales, such firms’ operating income will suffer the most. Companies with a lower DOL, on the other hand, will only experience a proportionate change in Operating Income.

As an analyst, you should have a thorough understanding of a company’s cost structure, fixed expenses, variable costs, and operational leverage. This information is quite useful for forecasting financials and creating a financial model in Excel.

Top 3 Timesheet Software Features You Should Know About In 2021