Home Business How the CISO Role is Evolving
Business

How the CISO Role is Evolving 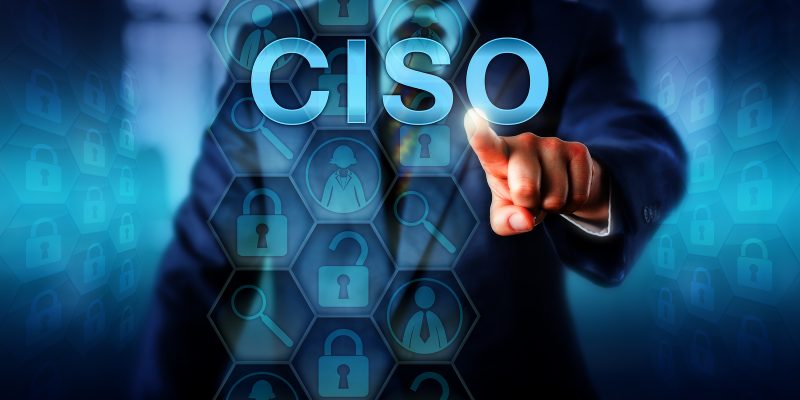 The Internet of Things (IoT) connected 27 billion devices in 2017. By 2025, according to the IDC (International Data Corporation), 41.6 billion connected IoT devices will produce 79.4 ZB of data. Even in historically non-digitized sectors, this connection boom has created limitless new options for businesses to expand, affecting everything from new products creation to customer acquisition. Furthermore, these potentials have resulted in significant growth in cybersecurity threats. As an organization’s volume of data grows, it becomes a prominent target for data breaches.

What is a CISO?

The Chief Information Security Officer (CISO) position was established in 1994 after Citigroup (then CitiCorp, Inc.) was hit by several cyberattacks, prompting the creation of the world’s first official cybersecurity leader. Since then, the CISO has been the executive in charge of securing a business’s sensitive information and assets and overseeing its security level. At the same time, the organization once described the function of CISO more strictly along such lines. As the volume of data and the number of connected devices have grown, the role of CISO has radically changed to become a more challenging and proactive leader.

Specifically: CISOs were initially seen merely as vulnerability assessment managers. They are today required to be business facilitators.

The CISO’s job description has evolved to include more than merely maintaining compliance requirements and adhering to ISO standards. They are in charge of an organization’s risk management and security strategy, identifying security flaws, maintaining up to date on new technology, and allocating resources to support the policy. According to a 2019 study by Kaspersky and 451 Research, 70% of CISO participants thought risk assessment management is a significant shift in the CISO’s function, and risk management competence is one of the top qualities CISOs cite as critical.

The CISO maintains that the corporation’s data safeguard against various dangers, such as data breaches, cyberattacks, phishing scams, and ransomware —ultimately supporting the organization’s digital protection. However, without such tight standards, running a business becomes nearly impossible. Other parts of the company may become irritated as a result of this. The CISO inclines to lock down networks and make them tougher to access. Still, the CIO and their group are responsible for creating applications and information easily accessible to people who require them within the company.

Successful CISOs nowadays have strong technical experience, but they also have management backgrounds, an MBA, and the ability to engage with other C-suite executives and the board of directors. The exact balance of nontechnical and technical skills required by a CISO varies depending on business, industry, size, etc. But, the position description is likely to include any of the following:

Security operations: The ability to analyze urgent concerns in real-time and solve problems as they arise is critical to this profession. If an information breach occurs, the CISO will be engaged in the incident handling, including identifying what went wrong in the attack, engaging with people responsible if they are internal, and devising strategies to prevent future breaches.

Cyber intelligence and risk management: Keeping up with new security risks and devising a plan to deal with any possible security issues.

Fraud and data loss prevention: Ensure that staff is trained and informed on the organization’s data policy, including the consequences of data theft or misuse.

Advisor to the board: Have the board informed about any security issues due to large-scale business transactions.

Where is the CISO Role Headed in the Future?

CISOs have traditionally emphasized security plans. They collaborated with direct reports and stakeholders to better identify and evaluate threats and related risks and develop and expand strategies and capacities to counter them. When Companies discovered a security flaw or substantial security risk, their responsibility was to take the lead in resolving the issue. Now, CISOs must consider security policy and long-term corporate strategy.

In the virtual environment, CISOs should work to prevent attacks, plan executive security, and develop solutions that benefit the company while keeping everyone safe. The CISO’s job specification includes continuous improvements, strategy design, and deployment. It is about understanding the risks ahead of you and the ones still to come and how to remain ahead of them while maintaining the company’s objectives in mind. The only way to hold solid despite the fast-paced, ever-changing tempest of digital services is to make decisions that bind company plans and security operations together.

The CISO’s job is changing at a breakneck pace, and they are quickly becoming a jack of all business trades and security. They are the heroes who keep the hackers out on Monday. They are enhancing the company’s overall security on Tuesday. They’ll be C-suite champions by the end of the week, and they’ll have reinvented the idea of protection while generating significant economic value.

The CISO’s breadth and depth of expertise about the organization, its core tech, and its main threats will grow to elevate the function outside of IT. As businesses evolve, more successful CISOs will be requested to take on corporate infrastructure duties and risk management. As long as we stay focused on connecting with the company and mitigating risk around what matters most, the CISO function has a great future.

How to Start Running Your Own in-House Retail Delivery Service

Pillars of Adulting: Handy Things You Need to Have