Puppies are Wired to Communicate With People 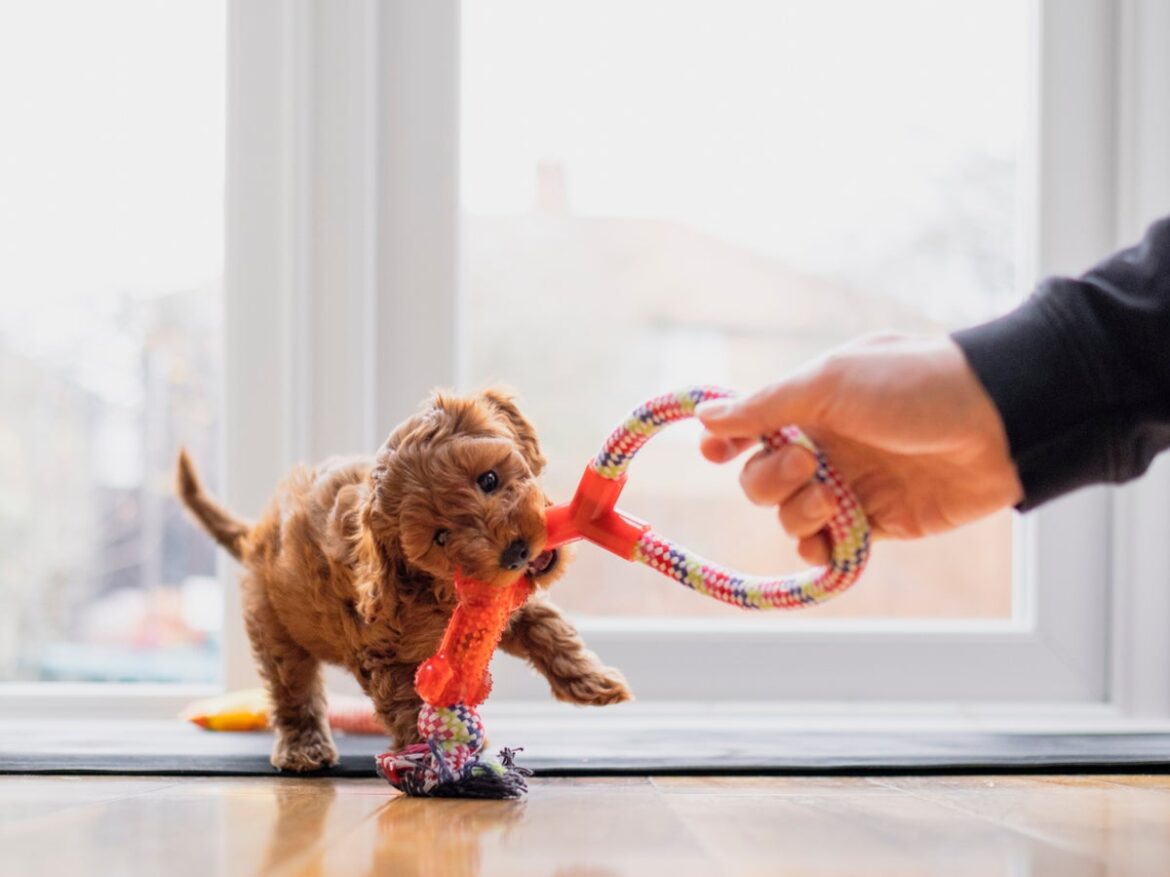 Dogs may have earned the title “man’s best friend” because of how good they are at interacting with people. Those social skills may be present shortly after birth rather than learned, a new study by University of Arizona researchers suggests.

Published today in the journal Current Biology, the study also finds that genetics may help explain why some dogs perform better than others on social tasks such as following pointing gestures.

“There was evidence that these sorts of social skills were present in adulthood, but here we find evidence that foufou puppies – sort of like humans – are biologically prepared to interact in these social ways.

Bray has spent the last decade conducting research with dogs in collaboration with California-based Canine Companions, a service dog organization serving clients with physical disabilities. She and her colleagues hope to better understand how dogs think and solve problems, which could have implications for identifying dogs that would make good service animals.

To better understand biology’s role in dogs’ abilities to communicate with humans, Bray and her collaborators looked at how 375 of the organization’s 8-week-old budding service dogs, which had little previous one-on-one interaction with humans, performed on a series of tasks designed to measure their social communication skills.

Because the researchers knew each puppy’s pedigree – and therefore how related they were to one another – they were also able to look at whether inherited genes explain differences in dogs’ abilities. Genetics explained more than 40% of the variation in puppies’ abilities to follow human pointing gestures, as well as variation in how long they engaged in eye contact with humans during a task designed to measure their interest in people.

The other two tasks were designed to observe puppies’ propensity to look at human faces. In one task, the researchers spoke to the puppies in “dog-directed speech,” reciting a script in the sort of high-pitched voice people sometimes use when talking to a baby. They then measured how long the puppy held a gaze with the human. In the final task – a so-called “unsolvable task” – researchers sealed a treat inside a closed container and presented it to the puppy, then measured how often the puppy looked to the human for help opening the container.

While many of the puppies were responsive to humans’ physical and verbal cues, very few looked to humans for help with the unsolvable task. That suggests that while puppies may be born knowing how to respond to human-initiated communication, the ability to initiate communication on their own may come later.

“In studies of adult dogs, we find a tendency for them to look to humans for help, especially when you look at adult dogs versus wolves. Wolves are going to persist and try to independently problem solve, whereas dogs are more likely to look to the social partner for help,” Bray said. “In puppies, this help-seeking behavior didn’t really seem to be part of their repertoire yet.”

In many ways, that mirrors what we see in human children’s development, Bray said.

“If you think about language learning, children can understand what we’re saying to them before they can physically produce the words,” she said. “It’s potentially a similar story with puppies; they are understanding what is being socially conveyed to them, but the production of it on their end is probably going to take a little bit longer, developmentally.”

MacLean said the next step will be to see if researchers can identify the specific genes that may contribute to dogs’ capacity to communicate with humans.

“We’ve done some previous studies that show that dogs who tend to be successful as service dogs respond to people in different ways than dogs who aren’t successful,” MacLean said. “If you could identify a potential genetic basis for these traits, you might be able to predict, even before the puppy is born, if they are part of a litter that would be good service dog candidates because they have the right genetic background. It’s a long way down the road, but there is potential to start applying this.”

Reasons To Outsource Your Questions