The Best Places to Visit in Ho Chi Minh City 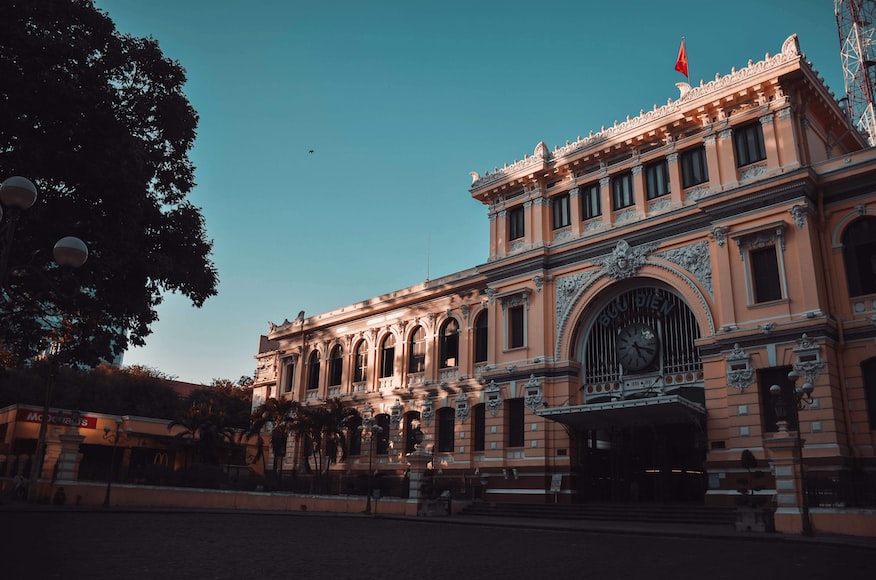 Ho Chi Minh City, formerly known as Saigon and renamed in honor of the famous revolutionary Ho Chi Minh, is the economic and financial hub of Vietnam. It is a popular tourist destination due to its history and culture, architecture, and food. From its busy markets and amazing street food to its rich cultural heritage, Ho Chi Minh City promises a memorable experience for visitors.

Here are some of the best places to see in Ho Chi Minh City.

The Notre Dame Cathedral is considered one of the most beautiful cathedrals in all of Vietnam. Officially called the Cathedral Basilica of Our Lady of Immaculate Conception, it was established by the French colonists and completed in 1880. Its original building materials including the stained glass were brought over from France. It has two bell towers reaching up to 60 meters in height.

The War Remnants Museum is one of the most popular places to visit in Ho Chi Minh City. This is museum showcases relics and artifacts from the Vietnam War as well as the First Indochina War and other wars that have ravaged the country. The exhibits include military tanks, helicopters, bombs, planes, posters, and photographs highlighting the wars. The museum serves as a grim reminder that it is always the common people, who suffer the most during wars and not the people who started the war.

Also called the Municipal Theatre of Ho Chi Minh City. It was built in 1898 and designed by French architect Eugene Ferret and was modeled after the renowned Opera Garnier in Paris, France. It is one of the most famous examples of French Colonial architecture in the city. The theatre is open only for concerts and visitors will have to view it from outside. But the architecture is magnificent and promises to be a treat for the eyes.

The Cu Chi tunnels are a network of underground tunnels in the Cu Chi district. It was used as a base by the Viet Cong during the Tet Offensive and also that of several military campaigns during the Vietnam War. It measures more than 125km long, out of which some of it has been converted to a war memorial and has become a popular tourist site.

Ben Thanh Market is a popular spot for tourists as well as locals alike. It is famous for its many shops selling everything from clothing and jewelry to fruits, fish, etc. It is also well-known for its food. You can visit either its daily market or the night market with its street food stalls.

The Saigon Central Post Office is another remnant of the French Colonial Period. It was inaugurated in 1891 and is still functioning as a working post office. Designed by Alfred Foulhoux, it uses Gothic, Renaissance, and French influences. It is considered one of the most iconic buildings in Ho Chi Minh City.

Independence Palace is also called the Reunification Convention Hall. Thi building holds an important role in the history of Vietnam due to the role it played during the Fall of Saigon in 1975, the event that ended the Vietnam War. It is open to the public as long as official government meetings are not taking place.

Also Known as Muse Blanchard de la Brosse, the Museum of Vietnamese History was built by Auguste Delaval in 1926. It showcases the history of Vietnam from its prehistoric period, about 500,000 years ago, till the last dynasty of Vietnam, the Nguyen dynasty which ended in 1945. Any visitor wanting to know more about Vietnam’s culture and history will certainly enjoy a tour of the museum.

Built in 1774 by Ly Thuy Long, it is considered one of the oldest pagodas in all of Vietnam. Its distinctive architecture and historic value have made it one of the most important cultural, historical, and architectural sites in all of Ho Chi Minh City.

Water puppetry is a traditional puppet show which is performed in a pool of water and originates from northern Vietnam. It dates back to the 11th century. These shows usually tell of rural Vietnam culture, Vietnamese folktales, and national history. The Golden Dragon Water Puppet Theatre is the main venue where visitors to Ho Chi Minh city can enjoy water puppetry shows and learn more about Vietnamese culture.

Also known as the Jade Emperor Pagoda, Tortoise Pagoda or Phuoc Hai Pagoda is a Taoist pagoda built in 1909 by Liu Taoyuan. The temple resembles a Chinese pagoda and is an important religious site. It is usually packed with visitors and was even visited by Barrack Obama in 2016.

Ho Chi Minh city is a very hectic, vibrant city with a lot to offer visitors. You can experience the best of Ho Chi Minh city first hand. However, to visit this exciting city, you will need to apply for a visa through the Vietnam embassy or consulate in your home country or online using a government-approved visa company like BDATrip. If you are a citizen of India, you can apply for a visa here.