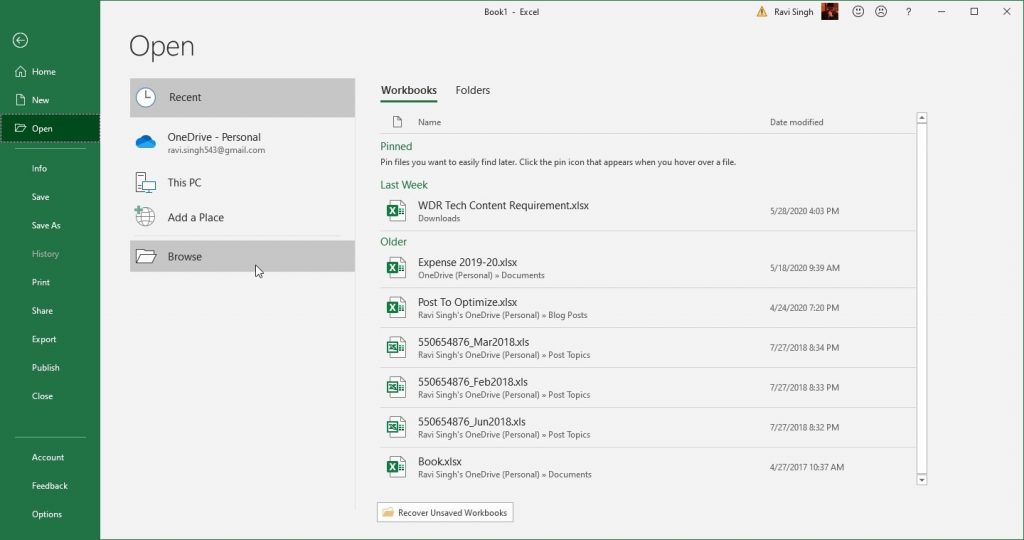 In this guide, you will learn why Excel 2016 won’t open XLS files in Windows. Also, different methods as well as workarounds to fix the issue and to open the older XLS format spreadsheets in Excel 2016 or later versions. XLS is a Microsoft Excel spreadsheet file format, used by Excel 2003 and earlier versions. From Excel 2007 and later, a new XLSX format was introduced by Microsoft that is much secure and better at storing data.
MS Excel 2016 will not open XLS files due to compatibility issues, which is a common problem after upgrading to new versions. However this can also occur even if you’ve had an update with no major changes made on your computer’s configuration; it may be caused by some small errors in older software that are still present when opening new versions of these programs later down the line – mostly because they do not detect certain error messages until too late into their processing cycle (and sometimes there isn’t enough time left)!
Luckily, there’s a number of fixes and troubleshooting methods that you can use to fix this issue

When you enable compatibility mode in MS Excel, the program enables itself so that any files opened with it can be read and edited by other versions of Microsoft Office applications.
However, there are two issues:
1) Not all features work as intended;
2) Some data may become unreadable or corrupt after converting to another format this way
After conversion, it changes the layout of the spreadsheet. You can’t go back – once XLS file has been opened and converted to the new format; you’re stuck with it!
Also, the best way is to back up the XLS file, now follow the steps
⦁ Open XLS file and go to File> Info
⦁ Now click ‘convert’ button in compatibility Mode section 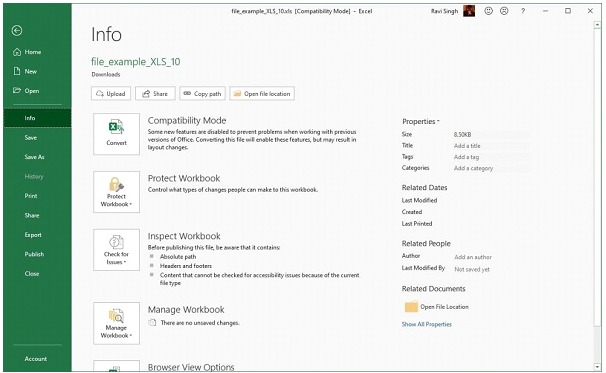 ⦁ Now Click on ‘Convert’ and then click OK
⦁ This method will convert old XLS spreadsheet to new XLSX format, that is supported by Excel
⦁ Now restart Excel, open the converted the XLSX file.

If you want to back up the XLS file and follow these steps, then do so cautiously. Be sure not lose any of your work in progress by making a copy first!
⦁ Go to File>Open>Browse
⦁ Click on XLS file that won’t open in Excel 2016
⦁ Select the XLS file and open.
If any of the above method does not work then opt for the next option

Method 3: Save Excel Workbook with Stellar Repair for Excel

A problem you might have is when your workbook has errors. Sometimes, this can happen because of what was done in previous versions (or on another computer) before making the file accessible to other people or uploading it online where others could see those mistakes too!

If you find yourself in a situation where Excel 2016 will not open an XLS file, there is some good news—the software has been known to fix corrupt excel spreadsheets. If the methods mentioned above did not work and it seems like your spreadsheet requires immediate repair or recovery then use Stellar Repair for Excel which saves all of its properties such as cell formatting, freeze panes split screen gridlines formula bar etc., while fixing whatever corruption that needs solving!

5 Benefits of drinking water and other water facts

Step By Step Guide: Know How To Use Personal Loan Interest Rate Calculator